Help tackle litter in your local area and keep Sefton Council clean. Always place your litter in a bin or take it home. Please encourage your family and friends to do the same

Littering is a Criminal Offence

It is a criminal offence to throw down, drop or otherwise deposit and leave any materials associated with smoking, 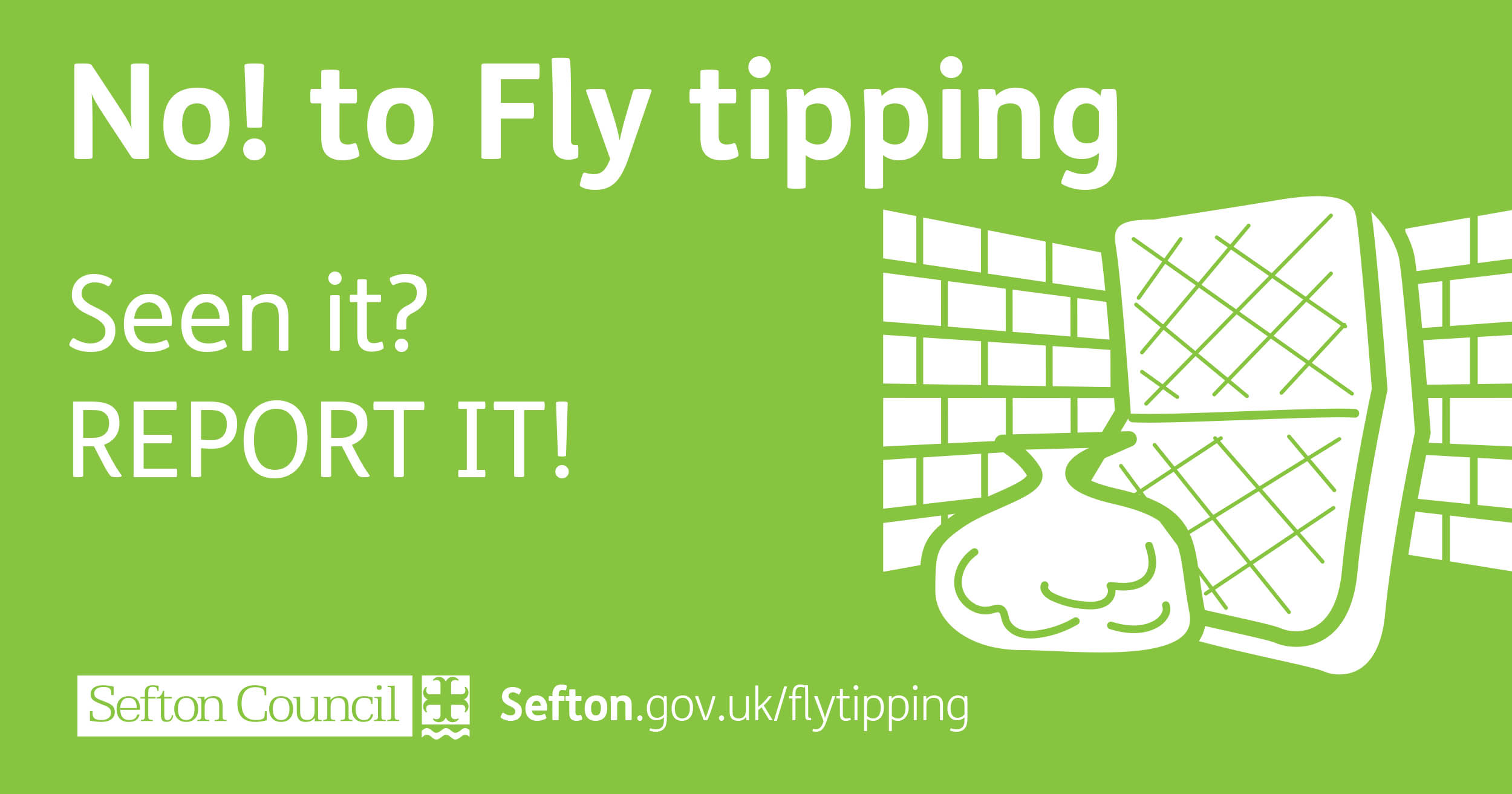 drinking, eating or anything else in the open air. The open air is defined as all places open to the air on at least one side and includes private land and land covered by water. This also includes litter that is discarded from a vehicle.

The litter does not need to contribute to or cause defacement of a place for an offence to have been committed. The actual act of throwing down, dropping or otherwise depositing and leaving is the offence.

Authorised officers are able to issue a Fixed Penalty Notice as an alternative to prosecution.

The current fixed penalty for littering and dog fouling within Sefton is £75.00, to be paid within 14 days. Please note this fee is reduced to £50.00 if paid within 10 days. Failure to pay will result in formal action being taken. The maximum fine is £2500.

The current fixed penalty for fly-tipping is £400, to be paid within 14 days. Please note that the fee is reduced to £240 if paid within 10 days. Failure to pay will result in formal action being taken. The maximum fine is £50,000 or twelve months imprisonment if convicted in a Magistrates Court. The offence can attract an unlimited fine and up to five years imprisonment if convicted in a Crown Court.

Sefton Council does not provide a part payment scheme for litter, dog fouling or fly-tipping offences.

We provide litter bins throughout the borough and empty them on a regular basis. Litter bins can be used for both litter and dog waste providing the dog waste is bagged. There are approximately 1300 litter bins provided.

Impacts and Effects of Litter

The presence of litter degrades neighbourhoods and reduces people pride in the enjoyment of public areas, including areas of  greenspace coastal water environments. Food and drink litter in particular attracts vermin and other scavengers which pose a risk to public health. Some types of litter also are a risk to wildlife. The perception of crime is likely to increase in areas where litter is present and has a negative effect on communities. The Council incur significant costs annually in removing discarded litter & fouling from public places.

It is not possible to formally appeal against a fixed penalty notice issued for litter and dog fouling. However if you wish to make representations about the fixed penalty notice you have received please contact Sefton Council Contact Centre telephone 0345 140 0845. If the fixed penalty for litter and dog fouling has been issued by the Council's contractor (NSL Ltd) then in the first instance you should contact them directly in writing via email: fpn.nsl@sefton.gov.uk or by post to Parking Services, PO Box 225, Bootle L20 3WD.

It is not possible to formally appeal against a fixed penalty notice issued for fly tipping. However if you wish to make representations about the fixed penalty notice you have received please contact Sefton Council Contact Centre on 0345 140 0845 or in writing to Highways & Public Protection 3rd floor Magdalen House, 30 Trinity Road, Bootle L20 3NJ.